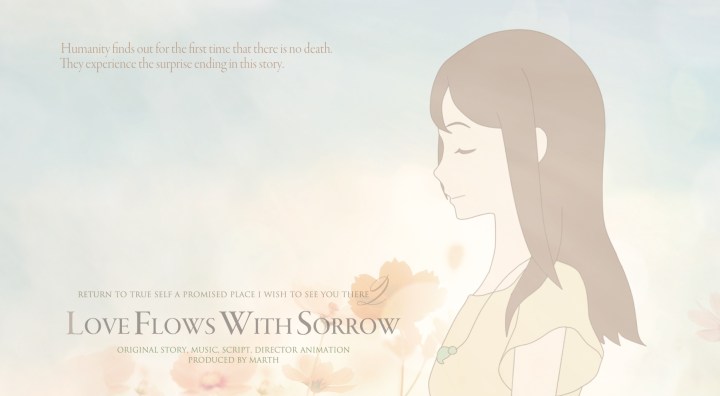 “Humanity did not know that this world is a world of oneness….”
This story will create the world of Love…

In 2022, humanity still believes that this world is real,
material, and a world of separation…
The story begins with the last scene of the previous film,
“A promised place I wish to see you there.”
Tina has come from a world 10,000 years ago
to the present time using the power of Sidi to help the people living
in the current era where the separation is severe. However,
the divided consciousness of the present world was unexpectedly intense,
and Tina’s half-spirit, the half-material body, could not last much longer.
To save the world, Tina and Takeru decide to create
the plasma device once again and use Tina’s Sidi and the power of plasma
to change people’s consciousness.